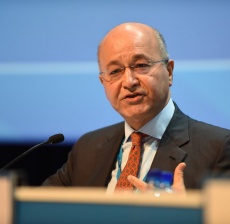 In 2007, Dr. Salih founded the American University of Iraq in Sulaimani. It has already evolved into a center of academic excellence and debate about the future of the region. The University convenes the annual Sulaimani Forum which bring together policy makers and academic from the across the region and international community to discuss issues and challenges facing Iraq and the Middle East.