Beirut Institute is an independent, non-partisan think tank hosting global events.  As a cutting edge, forward-looking, solution-focused institute, we strive to achieve a sustainable impact on local and global policy. We proudly serve as a catalyst for intergenerational, innovative thinking with contemplative policy options.

The Beirut Institute Summits convene a wide spectrum of thinkers including political leaders, senior policymakers, prominent intellectuals, leading CEOs, and civil society leaders to reflect on the evolving relationship between the Arab region and the world. 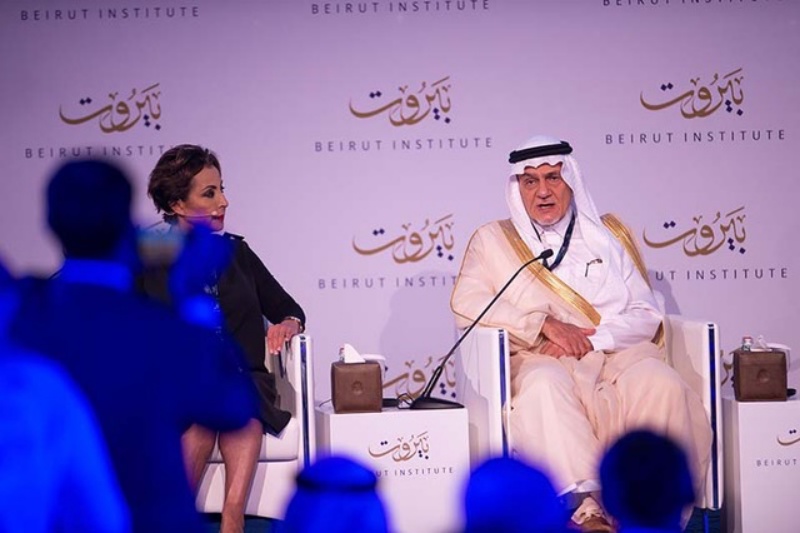 Reconfiguring the Arab Region and Its Global Space 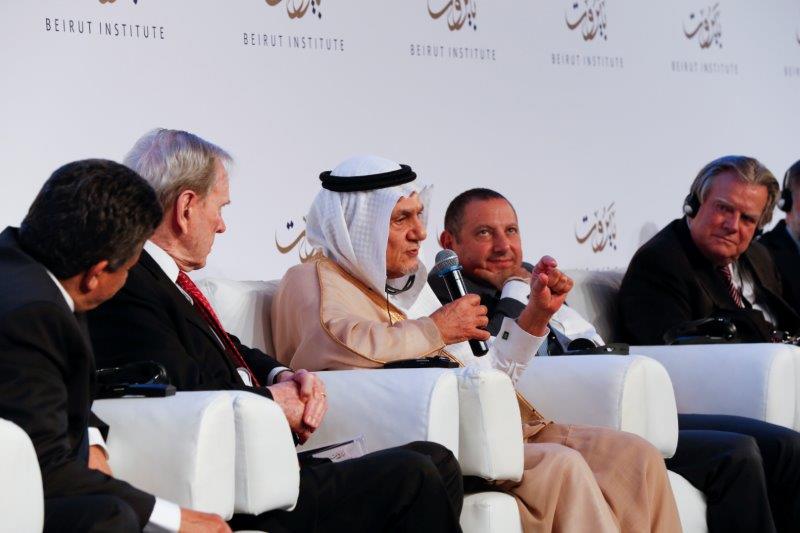 Constructing the Arab Region's Engagement in the Emerging Global Future 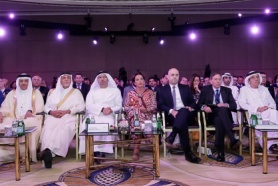 Thinking 2020s: What to Expect? How to Prepare?

HE Ahmed Aboul Gheit, HE Dr. Nayef Al Hajraf, HE James Jeffrey. This Session will be hosted by Dr. Raghida Dergham.

HRH Prince Turki Al Faisal, HE Kevin Rudd and HE Gen. David Petraeus . This session was hosted by Raghida Dergham. ​

Sir Jeremy Greenstock, HE Nassif Hitti, HE Terje Rød-Larsen and Mr. Edward Luttwak. This session was hosted by Raghida Dergham. ​

HE Reem Al Hashimi, HE Shivshankar Menon, HE Richard Haass, and HE Richard Grenell. This Session was hosted by Raghida Dergham.

HE Danilo Turk, HE Nabil Fahmy, HE Andrei Federov, Mr Richard Fontaine. This Session was hosted by Raghida Dergham.

HE Lakhdar Brahimi, The Rt. Hon Jack Straw, HE Ambassador Thomas Pickering. This Session was hosted by Raghida Dergham.

HE Minister Mohammed al-Dayri, HE Amb. Ryan Crocker, HE Lady Olga Maitland, and Ms. Irina Izvyagelskaya. This Session was hosted by Raghida Dergham.

HE Nasser Judeh, HE Shashi Tharoor, HE Philip Gordon, HE Christophe Farnaud. This Session was hosted by Raghida Dergham.

HE Elliott Abrams, HE Brian Hook, HE Nasser Saidi, Ms. Nora Mueller. This Session was hosted by Raghida Dergham.

HE David Schenker, HE Philipp Ackermann, HE Hossam Zaki, HE Ghassan Hasbani. This Session was hosted by Raghida Dergham.

HE Hoshyar Zebari, HE Walid Joumblatt, HE Jeffrey Feltman, Amir Taheri. This Session was hosted by Raghida Dergham.

Ethics and Politics: Response to the Plight of Refugees” Part I – Impact of the continued influx of Syrian refugees to Lebanon on the infrastructure of the country and its inability to cope alone 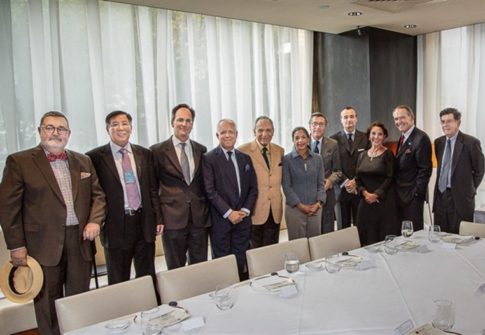 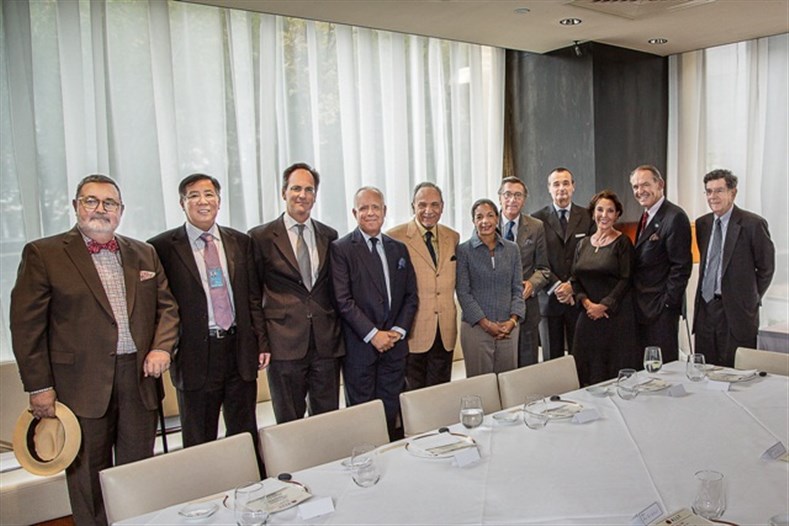 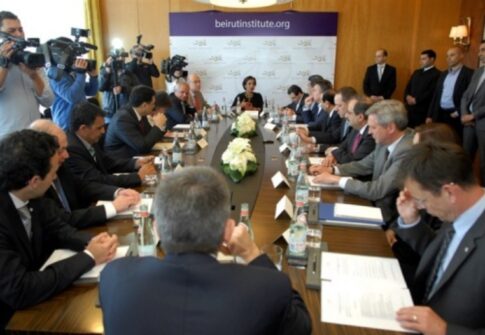 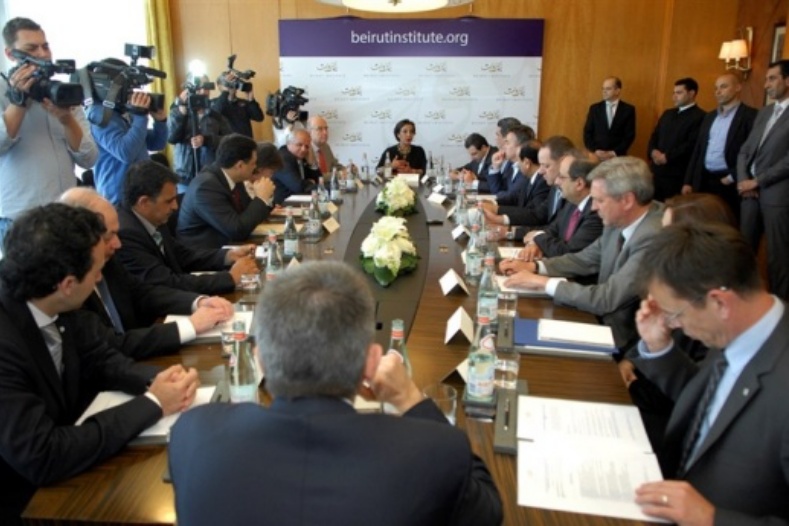 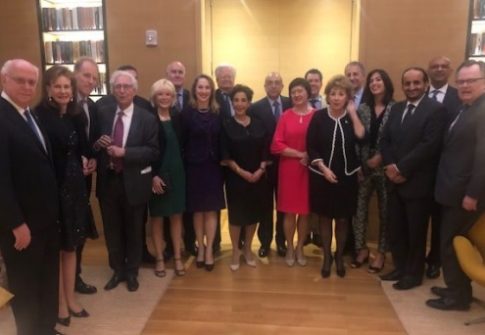 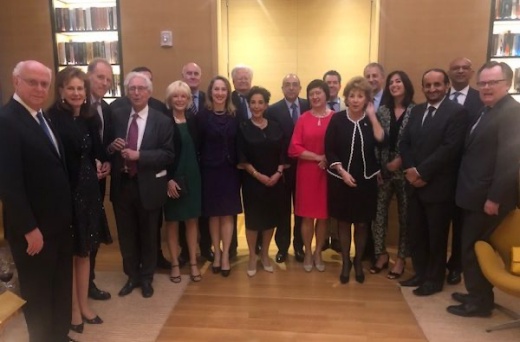 Congratulations again on a very stimulating, productive, and enjoyable Beirut Institute Summit! It was terrific in every respect and exceedingly worthwhile. Momtaz! Jayyid
jiddan jiddan!

The eighth Secretary-General of the United Nations

Welcomes the fact that the mission of the Institute as an independant think tank on Arab matters and Arab relations with East and West is translating into strategic partnerships and attracting the support of leaders and policy-makers.

A showcase of Arab diversity and excellence, Beirut Institute will advance a constructive discourse globally

People want to take part in the decisions that affect their lives; they want their dignity back and they want an end to corruption

Beirut Institute will provide an inventory of Arab minds, ideas, and wisdom that will enable the world to better understand the region and its future development

Beirut Institute is where thinking will definitely take the lead over any other form of human fight.

A vision which does not translate into action remains a dream but an Action without a Vision could turn into a nightmare.

The time is ripe to convert people's demands into a vision

Beirut Institute is here to assist in enabling the Arab World

A much needed indigenous, independent, inter-generational platform for constructive engagement locally and globally.

The Beirut Institute Summit in Abu Dhabi was phenomenal in the diversity of talents and in the professionalism of arrangements. I felt the magic of lucidity and the depth in knowledge on the crowds in the beautiful hall.

Congratulations again on a successful Summit. All participants were abuzz with the substantive quality of the discussions, and the flawless logistics. Raghida, You are an amazing policy entrepreneur.
jiddan jiddan!

Despite what is going on in our country, I wanted to take a few seconds to congratulate you on the stunning success of the Beirut Institute's third annual meeting. The meeting was very well organized and the discussions were very edifying. I enjoyed the meeting thoroughly and learned from it a great deal.

Executive Director, Center for International Relations and Sustainable Development - Former adviser to the President of Serbia

The Beirut Institute's annual summits in Abu Dhabi is without a doubt one of the most serious and prestigious events of their kind anywhere in the world. Participants speak frankly and genuinely engage with one another's ideas during the off-the-record Policy Circle session. Impressively, during the plenary sessions, the vast majority of speakers steer clear of boilerplate pronouncements.

I should mention that I was greatly helped in my reporting over the last couple of weeks by the many very well informed friends and contacts I saw at the Beirut Institute Summit in Abu Dhabi, the spectacular project of Raghida Dergham and Prince Turki al-Faisal which has become, to my mind, the best conference of its kind in the region.

Like everyone who you had assembled I was truly bowled over by the speakers you had persuaded to come, and the skill with which the whole two days progressed to include them in one way or the other. Given your resources and limited support it was truly amazing.

Thank you for allowing me to contribute to a fabulous meeting. The topics were timely and
speakers sharp on the points. You were as usual an incredible moderator- provocateur!

I truly appreciate the opportunity to take part in Beirut Institute Summit in Abu Dhabi Edition III. This was the 624th conference in my career. I have to say it was among the top 10 I have participated. A great success for you. The themes, organization and participants were all meticulously planned and executed by you.

I wanted to send you a note to thank you for the Beirut Institute Summit in Abu Dhabi, thank you for putting together such an enlightening think thank. I have learned a lot, and am still processing. You have all my love and admiration.

Thank you so much for these precious and thought-provoking moments dear Raghida.

Senior Strategist at Wednesday (United Kingdom)
Beirut Institute is a critical mind in the region; a truly strategic think tank that ensures critical thinking is both turned inside out, and brought from the outside in.

I'd like to express my sincerest thanks for inviting me and allowing me to speak at the Beirut Institute Summit. Congratulations on a very successful and insightful conference! I certainly learned a lot and was also able to meet many fascinating new people as well as catch up with some familiar faces. Everyone agreed that it was a fabulous event.

What we saw and celebrated last week was not only a mature Beirut Institute, implementing its founding objectives, but a real summit that you facilitated in nothing short of a magisterial fashion, fearlessly, in face of ongoing tensions and realities in
the region.

I'm incredibly grateful to have been included in such a historical event, and I'm inspired by your vision and leadership. I really appreciate you sharing the opportunity with me, and I only hope our presentation was worthwhile for such a distinguished audience. Wonderful to be a part of your event, and thank you again for the absolutely incredible opportunity.

Head of the Center - Institute of World Economy and International Relations

Let me thank you for the most provoking and interesting event in Abu Dhabi. You are fantastic.

It was a real pleasure to attend the summit for the second time and I congratulate you for its bright success and for your own role, a remarkable achievement indeed.

Many thanks for the conference and for all your work to make it a big success. The panels were fantastic like the participants and the discussions were so stimulating.

Thank you for inviting me to participate in the Beirut Institute Summit this year. I also want to congratulate you on such a successful, beautiful gathering. You unsurprisingly succeeded in bringing so many different stakeholders around the same table - stakeholders that would otherwise not talk to one another had it not been for you.

It was a wonderful event and I was impressed by the level of people you had there who stayed for the full two days. It was a timely event considering the unfolding of recent events in the region and I found the Beirut Institute Summit to be quite informative and relevant. Your valuable Summit informed my views which I take into
account when I fulfill my speaking engagements on geopolitical and geoeconomic issues.

Thanks so much for your hospitality and kindness. You and Thalia made me feel home in this inspiring community you have created over the years. I learned A LOT and made new friends in the middle eastern region.

Chairman, the Fund for Political Research and Consulting, ISSA, Russia

Thank you once again for an excellent event. I made my summary of ideas and corridor discussions.

The summit was very interesting and a great way to take the temperature in the region, so to speak. And the venue was excellent.

I wanted to thank you for the kind invitation to attend and participate in the Beirut Institute Summit. It was a tremendous pleasure and privilege to play a small part in such a remarkable gathering. I am deeply grateful to you for including me, and hope that my contributions were helpful.

I am very pleased that the partnership worked out well and that the Summit was such a success.

Our Board of Directors

Chairman, Board of Directors, King Faisal Center of Research and Islamic Studies 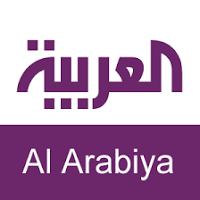 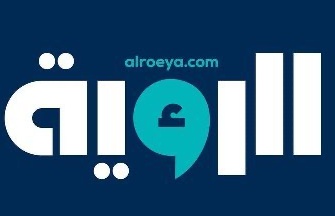 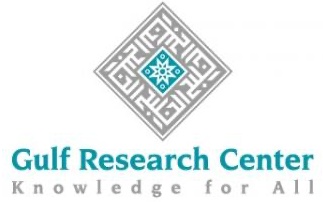 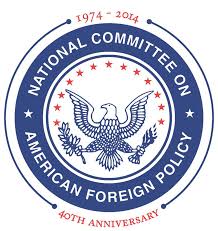